Welcome to Ethiopia- the most acclaimed destinations to most travelers.

Together with my team, I would like to invite you to explore and get to know the untouched tourism attraction of Ethiopia, the hospitable people and the extraordinary landscapes.

We are Professional and Experienced Tour Operation company based in Addis Abeba,Ethiopia. We offer custom made tours in Ethiopia dedicated to catering any travel itinerary to meet your needs!

We pride ourselves on our ability to provide you with the most engaging, memorable and tailor-travel experience at an incredible value. Backed by over 18 years of combined experience in the tour industry and a deep love for our country-Ethiopia, our superior travel packages and step-on guides provide you with unparalleled service.

ETHIOPIA- A COUNTRY OF DIVERSITY

Ethiopia is the tenth largest country in Africa with a surface area of 1.2M Square Kilometres. It lies in eastern Africa, between the Equator and the Tropic of Cancer, in a region known as the Horn of Africa. Bordered by five countries, it is landlocked due to its separation from Eritrea.

We-Ethiopian have our own way of telling time: the first hour of the day corresponds with the rising of the sun and the last hour is around sunset. The day is divided into two parts, each lasting twelve hours. due to its location near the equator, Ethiopia allows nearly twelve hours sunlight during any season.

The Calendar is another unique feature-it has 13 months. Using the Julian Calendar, Ethiopia has twelve lunar months of thirty days, plus one month of five or six days, depending on the lap year. The Julian calendar began 7 years and 113 days after the Christian age, making the first day of the New Year September 11.

Ethiopia enjoys complete freedom of religion. However tow religions are professed by the great majority: Christianity, as practiced by the Ethiopian Orthodox Tewahedo Church and Sunni Islam.

This tour to the Omo Valley regions- highly customize and takes you the place-Untouched by time and kept their local culture from the rest of the world. Visit the tribes of the Omo Valley and experience their typical culture.

Trekking on the spectacular and scenic mountainous landscapes of the Bale Mountains National Park. The area is the kept secret of Ethiopia (the largest area of Afro alpine habitat in the whole of the continent. It gives the visitor opportunities for unsurpassed mountain walking, horse trekking, scenic driving and the chances to view many of the Ethiopia’s endemic mammals.

Enjoy this classical tour to the historic route that covers Bahir Dar, Lake Tana & its Island Monasteries, Gonder & Its palace compound, the Rock Churches of Lalibela, & Ertale-The Active Volcano. Witness the two geological extremes- Simien Mountain National park(the highest point in Ethiopia) & Denakil-Dallol(one of the lowest point in the world) in a single trip to Ethiopia.

Dallol- the most colorful and the lowest point in the world with -116 mbls, is the site to adventure holiday seeker. You will enjoy the longest camel caravan, the salt workers, the Lake the Salt Pillars. Enjoy also Ert-Ale volcano.

Impressions of the real Ethiopia – meet the local people, their lifestyle, customs and culture. Meaningful trips, carried out in a responsible and sustainable way, will leave you with unforgettable memories!

Combine your active tailor-made holiday with discovering our amazing scenery and local hospitality! Travel in small groups on safe and secure roads, get personalized services and witness our responsible tourism activities. Expertise in Sustainable Tourism services.

A touch of Adventure

Need to get off the beaten track? Explore the rugged country, be impressed by natural phenomena; zoom in on our photo tour or see rare species through a "bird's eye view" - We have the expertise to show it all!

19 YEARS OF EXPERIENCE IN TOUR OPERATION. 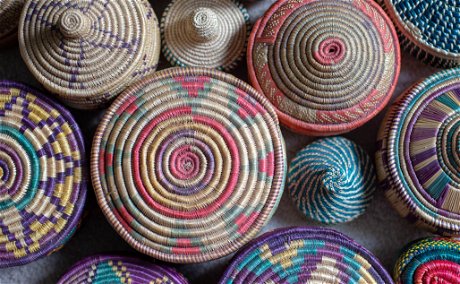 Our customized tour to Omo valley region will give you a chance to visit the market days and enjoy with the beauty and diverse cultural interaction. Enjoy the best African Pagan markets in South Omo region and meet the tribes. Experience their culture. Enjoy the beauty of the area.

View   Exclusively Tailor-made.
Discover one of our best outdoor activities around Ethiopia.

Hiking and Walking in Simien Park together with wildlife spotting is an activity not to be missed while in Ethiopia.