Misty highland meadows and tall escarpment forests make up much of Southern Ethiopia, but the region is also incised by the gaping kilometer-deep tectonic scar we know as the Great Rift Valley, its acacia-swathed floor dotted with beautiful lakes renowned for their diverse profusion of birds. The ethnic diversity of this astonishing region embraces modern cities such as Hawassa and Arba Minch, but also the walled hilltop warrens of the Konso Cultural Landscape, the remote tribes of South Omo, the singing wells of the desert-dwelling Borena, towering Dorze homesteads and thousand year old island monasteries.

Omo National Park is where one can be accustomed to a variety of mammal species with an enormous number in a glance in plain areas of the park. The Omo River is that life emanates over also tranquil the real nature. Unspoiled nature, an unspoiled culture where the authentic colors of nature twinkle. The park arguably holds one of the best wildlife concentrations in the country. . Some of the common wild animals that are found within the park are Common Eland, Buffalo, Elephant, Cheetah, Lion, Giraffe, Topi/ Tiang, African Wild Dog, and Hippopotamus. The bird species include Eastern Gray plantain eater, Yellow Bill, Brown Parrot, Dark Chant Goshawk, Spotted ticknee, Verraux’s Eagle Owl, Starling Spices.

One of the least developed areas of the country, a trip to Omo National Park is like a journey back in time. A visit provides the chance to see undisturbed ancient cultures as well as to see diverse wildlife and habitats. The park is crossed by a number of rivers and there are several hot springs. Omo park is an ideal place to witness an immense bundle of wildlife and bird life. Omo park is probably one of the standout national parks in Ethiopia to see the majority of the big five. 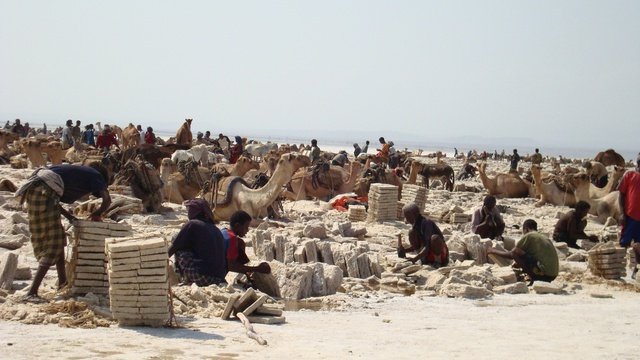 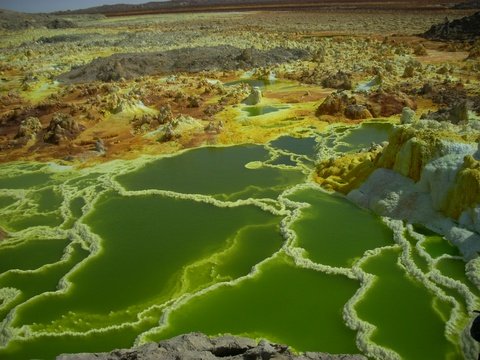 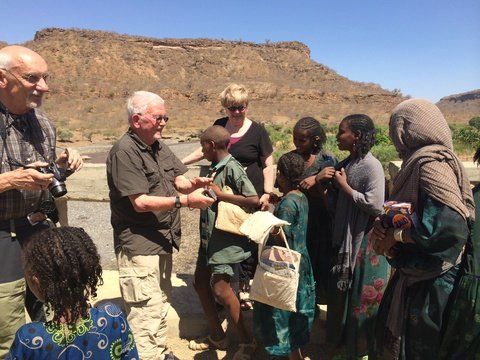 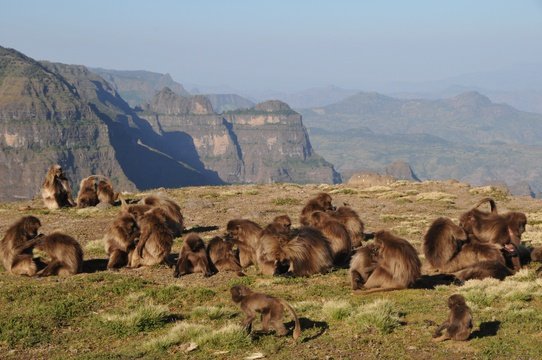 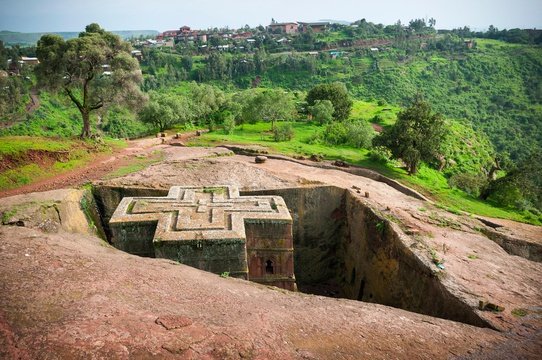 We will start our journey today with a drive to the small town of Debre Markos. En route we will drive to the bottom of the dramatic Blue Nile Gorge and up the other side! Late in the afternoon, arrive in Bahir Dar. O/N. Hotel

Onboard your boat to visit the famous old monastery of Kibran Gebriel and then the beautiful historical church of Ura Kidanemeheret for its beautiful wall paintings. Cruise back to Bahir Dar and spot where the lake outflows into the start of the Blue Nile. After having lunch, drive to Blue Nile Falls and take a short walk around the area to the historic Portuguese Bridge. We will have some free time in the afternoon to take optional visits to some other spots around Bahir Dar such as the 'Hippo Bridge'. O/N. Hotel

Today we will drive to the ideological village of Awra Amba. Run by the infamous Zumra Nuru the village operates with the belief that everyone is equal and should have a say in how their home is run.  We will take a tour of the village and camp on the outskirts.  Keep driving through the beautiful scenery of central Ethiopia to reach the small medieval town of Lalibela.   O/N Hotel

Exploring the Rock Churches of Lalibela

On our first day in Lalibela, we will have an included full-day guided tour of the world-famous 13th-century rock churches of Lalibela. Our guide will be able to explain the fascinating history of Lalibela and its churches, and there will be plenty of time to explore, absorb the haunting atmosphere inside the churches, and take plenty of photographs of the incredible architecture and the religious rituals within. O/N Hotel

On the second day, we will have a free day for further exploration or optional activities. We will have opportunity to hike up the nearby mountains to the Asheten Monastery, visit the Yemrehana Kristos cave church outside the town, or freely explore the Lalibela churches again at your own pace. O/N Hotel

Leaving Lalibela behind us, we have a full day drive through increasingly mountainous scenery to reach the town of Mekele. O/N Hotel

After breakfast meet your 4 x 4 vehicles and drive to Hamed Ella. On the way you will pass through the beautiful Tigre Villages and the escarpment of the Afar depression, this is commonly known as the cradle of mankind and is part of the Great East African Rift Valley. Along the way you will see camel caravans going to the traditional salt mine or to the North Eastern highlands of the country, loaded with salt bars in the old traditional way. We will also stop at Brehalle where we will get our permits and scouts for the trip into the Danakil Depression.

On the second day we drive to Dallol. Here in Dallol you will visit the beautiful land covered by salt, sulfur and different minerals that gives the area a spectacular colour. We will then continue on to Lake Asale to witness the beautiful salt flats. This is an extremely intense environment and a very adventurous three days, certainly a once in a lifetime experience. However, if you feel like your personal fitness cannot withstand this pressure then there is a chance this may not be the trip for you.

We leave Dalol for the drive to Adigrat.  On the way, we’ll visit one of the famous rock-hewn churches of Tigray (either the Abraha Atsbeha or Wukro Chirkos church), then continue through the increasingly breathtaking mountain scenery of Gheralta/the surrounding landscape.  Late in the afternoon, you’ll be in Adigrat.

Leave Adigrat behind for the drive to Axum. On your way, you’ll visit the 5th BC Pre-Christian Temple of Yeha. Keep driving to Axum. Half-day guided tour of the incredible historical sites of Axum, the capital of the once-mighty Axumite Empire - included in this tour will be seeing the Stelae Field, the Tomb of King Kaleb, and the Palace of the Queen of Sheba. We will have a free afternoon to make optional visits to other places such as the Church of St. Mary of Zion, the supposed resting place of the Ark of the Covenant. O/N. Hotel

Leaving Axum behind us, we continue our journey with a full day of driving through the foothills of the Simien Mountains to reach the small village of Debark. The roads here are very tough, but we are rewarded with more truly breathtaking scenery!  Debark is the gateway to the Simien Mountains NP, and on arrival we will have a briefing from our local mountain guide explaining the various trekking options that we will have during our excursion starting the following day.

Today marks the start of our 3-day excursion into the Simien Mountains NP. The area is home to some of Africa's most jaw-dropping mountain scenery and is a great opportunity to enjoy some incredibly beautiful treks and breathtaking views! The area is also home many indigenous animals, and during our time here we hope to spot Lammargeyer vultures, geladas, Walia ibex, and (if we are very lucky) klipspringers and Ethiopian wolves. We will spend 3 nights in the incredible Simien Mountains NP. On each day we aim to provide an option for a long trek (of 5-8 hours), a short trek (2-5 hours) or no trekking. Please note that we must keep a flexible itinerary in the Simien Mountains, as our options will largely be determined by the weather. Please also note that the camping areas in the NP are very basic, and are essentially wild camps with long drop toilets. Please also note that the food and provisions available in Debark and the NP are very limited, and it is also likely to be very cold at night (often dropping below freezing), so please be prepared! You will need to bring a suitable sleeping bag and mat with you from home to ensure you are ready for this environment.

Today we head back out to the mountains to Debark, and then finally join the tarmac road again to reach the ancient royal city of Gondar!   Make half-day guided tour of the historical sites of Gondar, including Gondar Castle, the King Fasilades' Baths and the Debre Birhan Selassie church.   O/N.  Hotel

Fly back to Addis Abeba.

Book or Customise this tour

We have a passion for tailoring personalised experienced to match the interests and passions of our guests. Share your requirements with us, and leave your travel planning in safe hands.

View   Exclusively Tailor-made.
Discover one of our best outdoor activities around Ethiopia.

Hiking and Walking in Simien Park together with wildlife spotting is an activity not to be missed while in Ethiopia.